The Save Soho campaign aims to support Soho businesses as lockdown eases.

No part of London is operating as usual right now, but that gulf between the pre-pandemic normal and what these places look like right now is starker nowhere than in Soho, where the once-bustling streets have fallen eerily quiet. What’s worse, part of Soho’s infinite charm – the throngs of people feasting, drinking, dancing, and shopping – is emerging as a major obstacle to its reopening, as social distancing becomes the buzzword of any easing of lockdown. That’s why a new campaign, dubbed Save Soho, is hoping to temporarily pedestrianise streets in a bid to bring back Londoners and resurrect the area’s hospitality industry.

The initiative would see most of the major thoroughfares east of Wardour Street pedestrianised for the summer, as part of what they’re calling the Soho Summer Street Festival. This would include the likes of Old Compton Street, Greek Street, Frith Street, and Dean Street, all places in which visitors frequently have to walk in the road due to crowded pavements. By pedestrianising these streets, Save Soho hopes to vastly increase the space available to restaurants, bars, and more, allowing people to drink, eat, and party whilst maintaining distance from others.

Though Save Soho’s desire to bringing back customers and revenue is laudable, they’ve not lost sight of the work that needs to go into pulling this off, and remain committed to working out the logistics of things like deliveries, emergency service access, and what will happen if the rain comes. Whilst the finer details are worked out, they’re asking for public support, so if you’d like to see a pedestrianised Soho this summer, you can add your name to the campaign here and help make Soho the heart of London once more.

The Nightlife Podcast
The Nightlife Entrepreneurs Podcast is the place for anyone interested in joining the Restaurant Bar and Nightclub industry to extract as much experience as possible from experienced and under educated individuals with enough balls to join the business. Learn from our hosts Julio Zambrano and Ico Manzanero both nightlife entrepreneurs with more than forty years experience and seven children combined. Hear about the good and mostly the bad experiences our guests will share in order to avoid making the same mistakes. We are serious enough to guide you in the right direction or path you should take but there will be drinking on the unedited show so don’t expect a classroom atmosphere. This is about work/life balance and saving one of the most beautiful industries. We will interview everyone from Barback’s and bartenders to promoters and club owners and hope you enjoy the ride. Join us and become the next Nightlife Entrepreneur.
How to reinvent yourself in the nightlife and hospitality industry?
by Nightlifeentrepeneurs 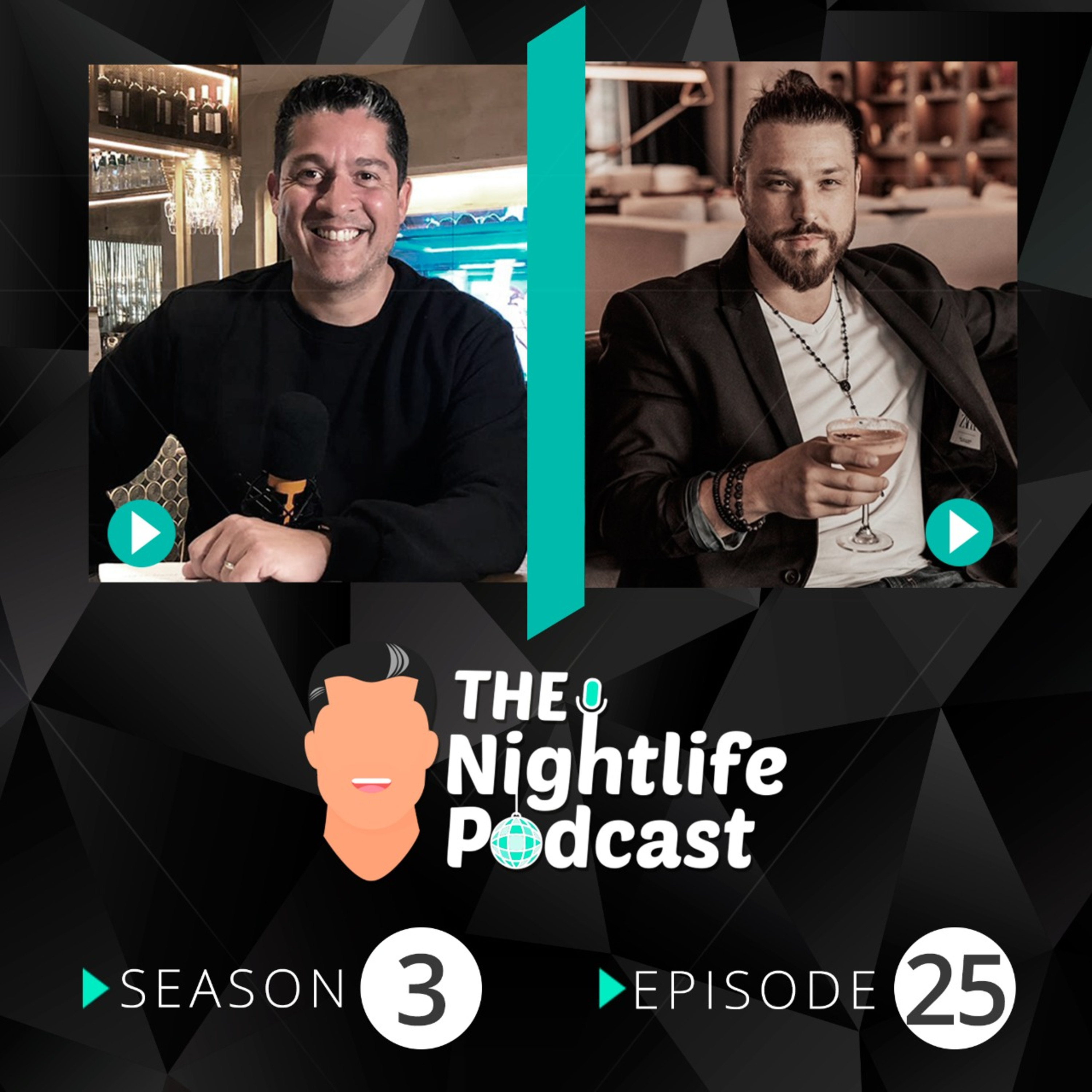 Season 3 Episode 25 of The Nightlife Podcast is the last of the season and we close it with a very creative individual who is an event planner, marketing consultant, and event producer in Ottawa, Canada. Yes, the capital.
In this episode How to reinvent yourself in the nightlife and hospitality industry?
Matt Ward sat down with Julio and blew his mind with the simplest yet smartest ideas he’s heard during the pandemic.

Wait to also hear about Matt’s sobriety and what inspired him to be better.

If you want to see and hear all episodes you can also go to https://www.nightlifepodcast.com/

Join the community of worldwide Nightlife Entrepreneurs on Facebook at
https://www.facebook.com/nightlifeentrepreneurs/

or simply learn more about the industry by visiting https://www.nightlife.university/